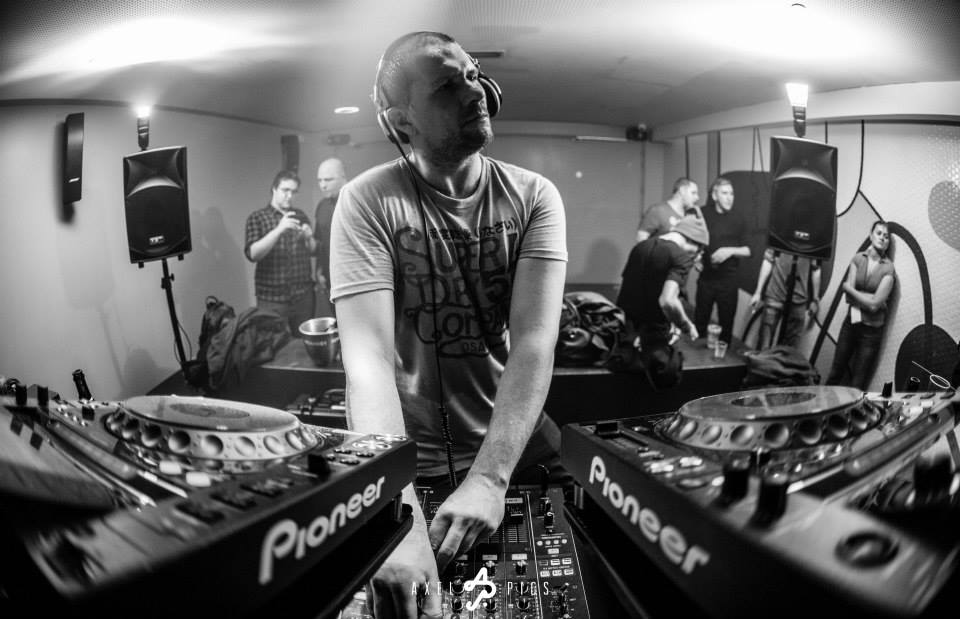 Hailing from Liège, Belgium, Eric bought his first pair of turntables in 1994 and began spinning Chicago house and Detroit techno at local parties and clubs. His ability to move a dancefloor was first honed at Sint-Truiden’s legendary Montini Rave Zone where he first held a residency at the age of 19.

A year later he began producing music with Jean-Louis Kollash: their first release came out in 1997 on Antwerp’s Minimalistix label. He continued with a number of techno releases under the name djxentrix & jlk on Reload , News, Pornographic recordings and Bipolar (Detroit).
He has ear for a floorfilling tune (and his day job serving up vinyl at Audiopolis Records) helped him build the extensive and diverse vinyl collection that he uses to create soulful, uplifting, atmospheric sets. Few DJs can build a buzz or move a crowd on the dancefloor the way he can.
With Xentrix in control, no-one can stay still.

Dj xentrix has released tunes under various allias and various labels including his own Kroma Recordings(2002-2006), which is focussed on a driving, funky, techno style. His distinctive tracks have been championed by the likes of majors names in the Techno scene .

As the market gets overloaded with monotone loopy techno he decides to explore some new horizons where he begins to express his strong personnality and sense of balancing beats and analog sounds into some solid ass shakers tracks.

He joined the RECODEMUSIK label artist rooster in june 2015 with new releases .

The result is the fruit of more than 20 years of experience knowledges & influences like :
Octave One , Jeff Mills, Oliver Kap ,Steve Rachmad ,Carl Craig ,Jacques Lueder,….
An incredibly well-rounded and prolific DJ and producer, Matt Heize / DJ Xentrix has been putting feet on the dancefloor and hands in the air since 1994.