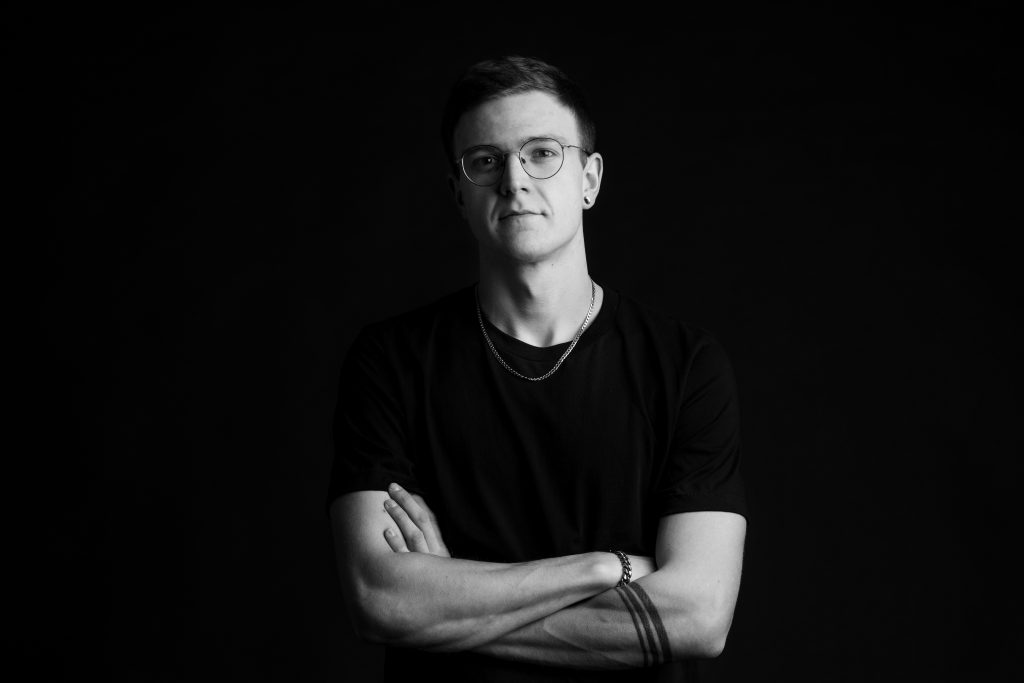 Electronic music has been part of Joey Sarlette’s life since he was about 12 years old.  He discovered Drum and Bass and Deephouse when he was 15. However, his interest in these two genres did not last long. Influenced by his first parties it was soon clear – Techno is his music! 4 years later, encouraged by further parties and festival visits, the enthusiasm was so great that the first controller was bought. First tracks were mixed, new and better equipment was needed.  Joey found his own style, in which he can lose himself again and again.
Today he plays driving, powerful techno and without specials in the range between 130 and 138 bpm.