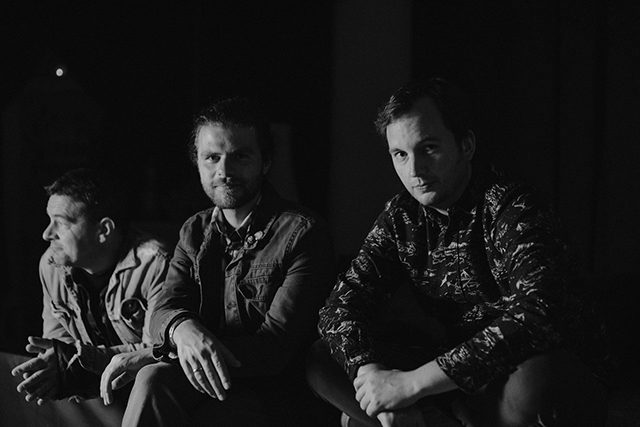 The Electric Coast was founded in 2014 around frontman Adam Glosnicki, whose unique guitar play continues to develope after his time in bands like Madam and Equal Silence. His raspy voice unifies the sound essence of Kurt Cobain, Kelly Jones and Bryan Adams.
At times it is introvert with a note of melancholy, but it can be driving to the degree of a snotty in your face sound. Glosnicki, drummer Thorsten vom Stein and bass player Andreas Krug are old comerades from former band projects and the common Wermelsirchen punk and alternative scene.

Andreas´ bluesy bass lines paired with Thorsten?s tight grooves and the ability of the three friends to effortlessly sync musically resultsin a very synergistic dynamic on stage.
The Electric Coast spells binds the audience in small venues and is able to translate that intimate experience to the big stage. This explosive harmony in their live set is the result of their long year friendshaip and individual musical roots.
Basically, it?s like if B.B. King would go on tour with The Clash. The band describes their style as Bar Rock, which translates to three passionate musicians with blues in their hearts, roots in early Rock´N´Roll a la Jimi Hendrix and the punkrock of the 90?s. Throwing in the sound of the Stereophonics and the Foo Fighters, you get a fresh new sound which has been captured in their debut record “Warming Quilt” on Boersma records.

The contineous development of the three musician to the band in its current form also attracted a lot of professional help. Sparta Booking have reeled in a support gig for Arliss Nancy (USA) and Amadis Booking took them under thier wing for a gig with The Fog Joggers. In addition Ingo Leffin produced their first video to the song “Diagree”.

The band has a clear uncompromising vision to make quality handcrafted music with a fresh new style that oddly sounds familiar.

It is time to conquer new frontiers.