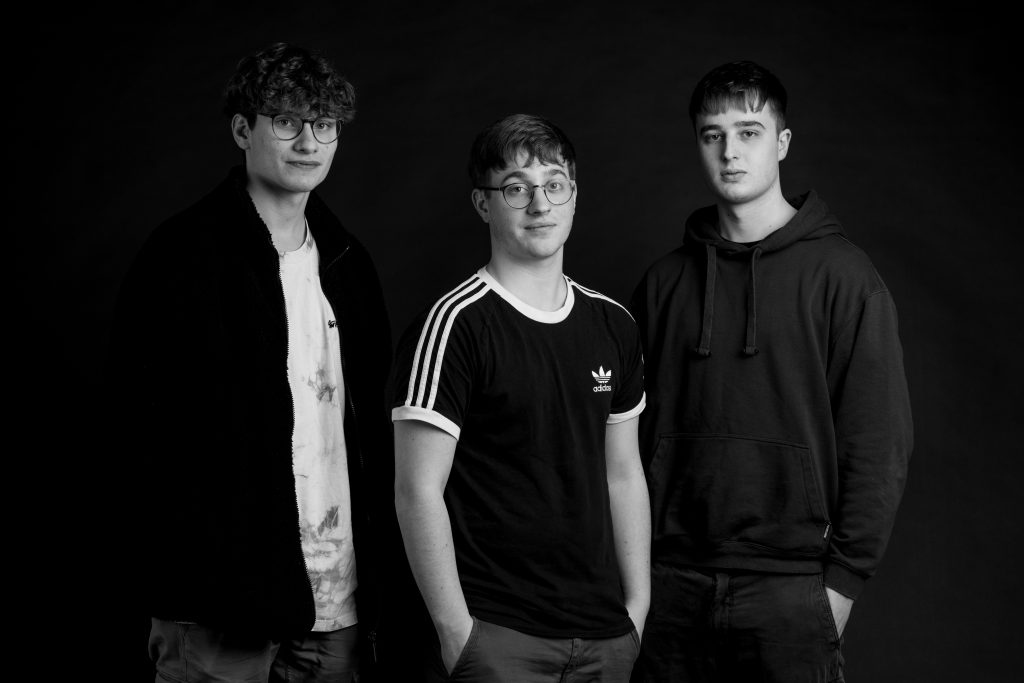 D.M.I. is an alternative rock collective consisting of 3 friends from a rural neighborhood of East Belgium. They started making music together in the beginning of 2020. At the beginning they covered some songs of bands like Kings Of Leon, Biffy Clyro or Red Hot Chilli Peppers. These artists inspired the bands to compose first melodies and later songs in the course of some rehearsals. In late summer 2021, the guys then released their debut EP “Inside-Out”, consisting of 7 songs about intimate problems of one individual, or the group, which they would never be able to express without the music. After the release, however, there was no time to rest. Directly they started to work on new melodies, new sound colors and lyrics which together create new, dynamic songs. The goal of the guys is above all to work on themselves, to dare new things, and so to find and establish its own sound and characterter.