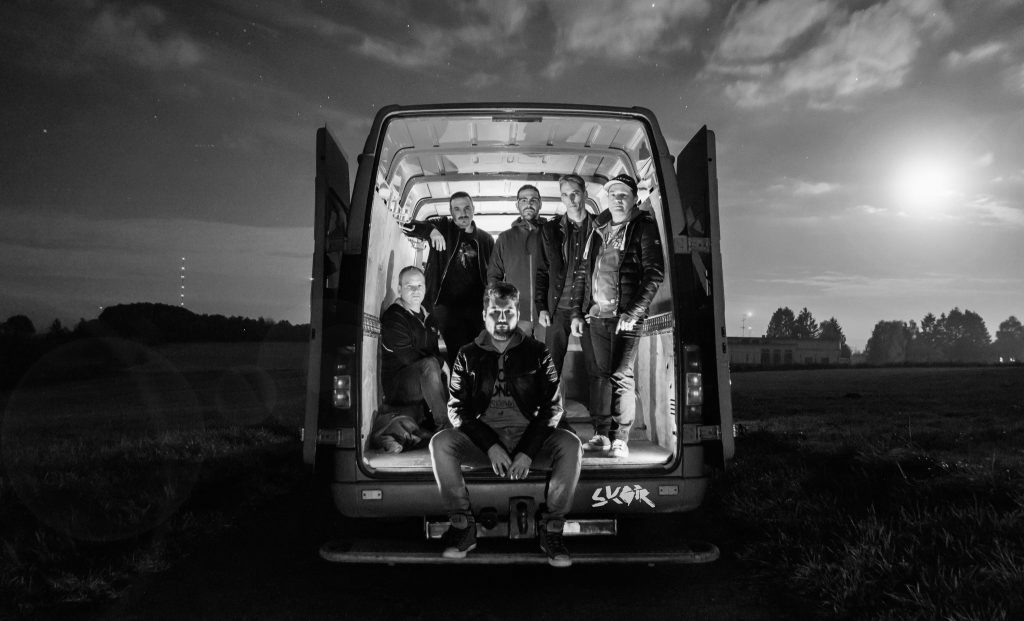 Sometimes slow and steady wins the race. After nearly 8 years, Luxembourg-based band S.K.O.R. is about to release its new album “Echo chamber” which will be available on all popular streaming services starting this summer.

It’s the first album featuring the new members Pino and Thomas, adding a new dynamic to the band’s process of writing songs. S.K.O.R. used the past 3 years to create a more versatile sound by giving more emphasis to different moods and dynamics. To capture their new sound, the sextet went to the legendary Daft Studios in Belgium. The postproduction was done by Tom Gatti at Unison Studios Luxembourg. Seven songs with a truly redefined sound are the result of this process.

The band dubbed its latest LP “Echo chamber” for different reasons. The fact of being together in one room, writing and recording songs all while being mutual echo chambers for each other, might be the most obvious explanation. But the title of the new album also wants to point a finger at the current Zeitgeist, which is haunted by algorithms intensifying predominant views of social media users. This can lead to bitter divides in public opinion, paving the way for extremism and hatred.

S.K.O.R. is a project formed initially in 2009. Over the last decade the band had to endure a few changes before finding its final line-up. The name S.K.O.R. is an acronym for “Some Kind Of Rock”. It expresses, the band’s love for all sorts of rock music and is the best way to describe their own music, ranging from pop-influenced songs to heavy-riffed, head-banging opuses.